The final report on the potential economic and quality of life benefits from the complete construction of the Naugatuck River Greenway, a planned multi-use, active transportation route along the river, was released today. The results of the study indicate the benefits could be substantial. The Naugatuck River Greenway (NRG) Steering Committee approved the study for release. It is designed to assist each of the 11 greenway municipalities and local greenway committees in evaluating efforts to complete sections of trail in their communities and determining the financial viability of investing in its construction. A draft of the study was released earlier, in January, to provide an opportunity for peer review and comment, as well as a way to vet the methodologies and assumptions. Based on comments received and further discussion by and among the Steering Committee and research team, adjustments were made to the previously released economic benefits. While the estimated economic benefits shown in the final report are lower than those included in the draft report, the results remain compelling and indicate a high return on the investment in the construction.

The planned NRG Trail will follow the Naugatuck River for 44 miles bringing the trail through parts of Torrington, Litchfield, Harwinton, Thomaston, Watertown, Waterbury, Naugatuck, Beacon Falls, Seymour, Ansonia and Derby. Planning, design and construction is taking place in sections, with each community securing land and construction funding within their respective boundaries.

The study indicates the direct construction expenditures for the NRG are expected to reach $77.2 million (2015 dollars) by the year 2030. However, this total cost pales in comparison of the total potential economic benefits that would accrue to host communities and the entire region at large. The research team investigated direct economic benefits in terms of annual spending by visitors to the trails, monetized health benefits, and amenity benefits derived by living close to the trail. Indirect and induced economic impacts were estimated based on expected changes to the county and state level economies from these direct inputs.

The study was based on complete construction of the NRG by 2030 with it being fully operational in 2031. Three analysis scenarios were modelled: baseline, moderate growth in visitations and an accelerated growth pattern that would result in a doubling of the number of users by 2013. To be conservative in the analysis, the results focus on the baseline case.

Currently, total annual visits to open sections, only about 4.1 miles in four communities, is estimated at about 195,500. These visitors spend about $2.9 million each year on various items such as snacks, beverages, food, gear and travel. By 2031, annual visitations are projected at 2.6 million and annual spending would reach about $42.6 million under the baseline scenario.

The study also looked at the potential health benefits that would accrue to users who frequently use the trail. Reports published by the US Surgeon General indicate that  moderate and frequent exercise could reduce the incidence of various medical conditions such as obesity, diabetes and cardiovascular disease, as well as various forms of cancer, including breast cancer. Trails have been proven to be convenient, safe and non-threatening places for people to exercise and realize health benefits. By 2031, the monetized value of reducing the incidences of these diseases and avoiding premature death would amount to about $260 million. This is based on the estimated number of people who would frequently visit the NRG and the dollar value of an avoided premature death as provided in the Surgeon General report.

Amenity benefits were also estimated. This is based on the value that people realize by living close to the trail compared to those who must travel longer distances to consume the same amenity. By 2031, this amenity benefit would total about $34.6 million, up from the current value of $5.1 million.

The regional economies of New Haven and Litchfield counties, as an aggregate, would also benefit from the construction of the trail. In 2031, indirect and induced impacts would increase personal disposable income by $91 million and expand Real Gross Domestic Product (RDGP) by $43 million (in 2009 dollars). About 516 jobs would be added and the area would support an increase of about 1,200 in population. The NRG Economic Impact Study was conducted by the Connecticut Center for Economic Analysis (CCEA), a University Center located in the School pf Business at the University of Connecticut, in collaboration with the UConn College of Agriculture, Health and Natural Resources Extension program in Community & Economic Development (Extension). It was published by the Naugatuck Valley Council of Governments (NVCOG) in partnership with the Northwest Hills Council of Governments (NHCOG).

“The study includes extensive, compelling data for creating the NRG,” said NRG Steering Committee Co-Chair Ingrid Manning. “While it would be a substantial construction cost, the investment could bring major economic benefits. Improved quality of life and economic well-being of area residents via increased property values, health benefits and economic growth are goals shared throughout the region. However, to realize these benefits it will be important for the communities to properly plan, promote and support the greenway, and encourage people to use it.”

In the weeks ahead, the NRG Steering Committee and project partners will present study findings to municipal officials, developers, development agencies and the public both electronically and via an outreach forum. The NRG corridor has been officially designated as a greenway by the CT Greenways Council and the CT Department of Energy and Environmental Protection (DEEP). The entire greenway trail is identified as a trail of statewide significance in the Connecticut Recreational Trails Plan, and it was designated as one of 101 America’s Great Outdoors projects in 2011 by the U. S. Department of the Interior.

The complete study can be found at: 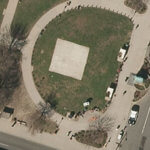 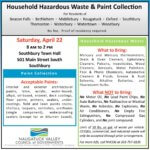