The Metropolitan Area Planning Forum, commonly referred to as the MAP Forum, is a consortium of metropolitan planning organizations (MPOs) and councils of government in New York, New Jersey, Connecticut and Pennsylvania that have voluntarily agreed to coordinate and collaborate on transportation planning activities in the multi-state metropolitan area. The MAP Forum was established in 2008 with a focus on the New York metropolitan area, but the consortium has expanded over the years to encompass the four-state area and added members in Connecticut, New York and Pennsylvania. 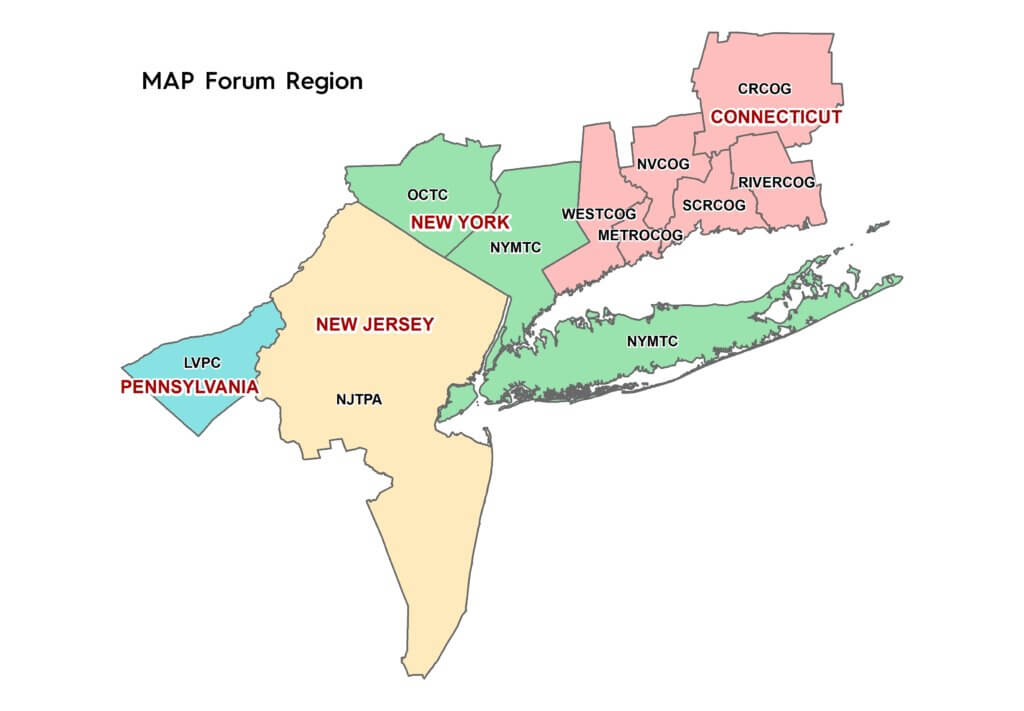 The MAP Forum provides organizational and strategic guidance to member MPOs in planning for and understanding megaregional and boundary transportation projects. Because of the size, complexities and interdependence of the New York-New Jersey-Connecticut-Pennsylvania area, a major transportation investment in one part of the area can and will have implications throughout the region. It is imperative to be properly informed about these projects and fully understand how they will affect travel into, out of, and through the component metropolitan planning areas. The networking capabilities of the MAP Forum as it relates to federally-mandated products and analyses is a critical function of the group. While the exchange of planning products is a key aspect of the MAP Forum’s work program, it is the access to expertise and resources of member organizations that provides the greatest benefits.

Key accomplishments of the MAP Forum are:

The transportation system of the four-state metropolitan region is large and complex, tied together by a network of highways, rail lines, bridges, tunnels, and other infrastructure.