If this were a typical decade, the Census Bureau would be on the verge of delivering the first round of redistricting data from the 2020 Census. The original plan was to deliver the data in state groupings starting Feb. 18, 2021, and finishing by March 31, 2021.

However, COVID-19 delayed census operations significantly. Consistent with the previous census, the Census Bureau is focusing first on their constitutional obligation to deliver the state population counts for apportionment to the President by the deadline of April 30, 2021. This focus on meeting their constitutional obligation has delayed some of the processing activities necessary to generate the redistricting counts.   The Census Bureau expects to deliver the redistricting data to the states and the public by Sept. 30, 2021.

This data delivery will be a single national delivery, rather than the originally-planned staggered delivery of redistricting data.

This national delivery allows the Census Bureau to:

The Census Bureau is acutely aware of the difficulties that this delayed delivery of the redistricting data will cause some states. Some states have statutory or even state constitutional deadlines and processes that they will have to address due to this delay.

See how many households in your community responded in the chart further down on this page.

This was the first census offered online and over the phone. Most households received a mailing with instructions to participate online or by phone, while a more limited amount received mailings including a paper questionnaire, as well as the online or phone options.

Local organizations and municipal governments were willing to help you and your household get counted.

Written response forms were available in English and Spanish.  Online response forms and over the phone had 12 languages available while residents can request video or written aids in 59 languages. Personnel is also available at regional offices for those to respond in person with American Sign Language.

Information needed to fill out the Census:

Count Yourself in the Right Place.

In general, you should count yourself where you live and sleep most of the time. But pay attention if you are:

The following materials are online documents available for use on other websites or for printing purposes.

Brochure is designed to provide information on the 2020 Census at a regional level.

Contains information on filling out the Census questionnaire in a smaller handout format. 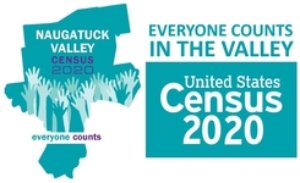 Be Counted! Identify a Census Worker

Be Counted! Your Information is Safe

Be Counted! Ways to Respond

Be Counted! It’s Quick and Easy

Be Counted! Save Time, Go Online

Census Bureau: Census 101: What You Need to Know

Census Bureau: The 2020 Census and Confidentiality

Census Bureau: Everyone Living in Your Home Counts

Census Bureau: Your Guide to the 2020 Census

View this website in español. For more languages, click on “English” at the top of this page and select from the drop-down your preferred langauage.

The Census Bureau will never ask for:

If a census taker comes to your home, they will have an ID with their photo, a U.S. Department of Commerce watermark, and an expiration date. They will not ask to come in nor ask you to step outside.

If would like to avoid census takers coming to your door, fill out the Census online or by phone.

United States Census homepage for all information on the upcoming Census and is available en español.

Connecticut Counts 2020 is the state’s go-to-page for 2020 Census events and materials.

Naugatuck Valley Regional Profile is based on data collected by the U.S. Census Bureau.

Our goal is 100%, but a more realistic goal is a higher response rate than in 2010 and so far in the region, Ansonia, Beacon Falls, Bristol, Cheshire, Naugatuck, Oxford, Plymouth, Seymour, Shelton, Watertown, Wolcott, and Woodbury have surpassed their 2010 self-response rates! Response rates are as of October 15, 2020. The total Enumerated in Nonresponse Followup (NRFU) for the State of Connecticut is 29.5%. Below are the self-response rates for each municipality in the region. Percentage rates and colors reflect those of the map from the U.S. Census Bureau below.

This interactive dashboard displays delayed live counts of response rates for the 2020 Census provided by the U.S. Census Bureau.

Learning about each hard-to-survey area allows the U.S. Census Bureau to create a tailored communication and partnership campaign, and to plan for field resources including hiring staff with language skills. The Response Outreach Area Mapper (ROAM) application was developed before the 2020 Census to make it easier to identify hard-to-survey areas and to provide a socioeconomic and demographic characteristic profile of these areas using American Community Survey (ACS) estimates available in the Planning Database. These and other efforts can improve response rates. Some of these hard-to-survey areas are in the Naugatuck Valley region .

Thank you to all of those who volunteered their time to get everyone in their community counted! When community members are informed, they are more likely to respond to the census. State and local governments; community based organizations; faith-based groups; schools; businesses; the media; and others play a key role in developing partners to educate and motivate residents to participate in the 2020 Census.

Municipalities and organizations in our region have formed Complete Count Committees in preparation of the 2020 Census:

Be prepared for the next census to see how you and your community can get involved with a Complete Count Committee.

Census Day was April 1, 2020, but counting began before then.

The U.S. Census Bureau states “by not trying to capture a response from everyone in a single day, or even a single month, they will make sure everyone has a better user experience and the ability to complete the census on their own time.”

The Census is Safe and Simple

There were only nine questions on the census. They ask very basic demographic questions: who lives in the household; how they are related; their age, sex, and race; whether they own or rent their house; and their phone number. All personal information recorded by the U.S. Census Bureau is not shared with any other department or branch of the government under federal law.  The data is summarized and distributed by census blocks at the smallest scale.

Once every decade, the federal government conducts a census of the entire population to count everyone in the United States and record basic information about them. Our nation’s founders believed this data was so important that they mandated the decennial census in the Constitution.

The census is much more than just a head count. It provides a picture of our nation that helps determine where to build new schools, hospitals, and businesses; how over $675 billion in federal funding is distributed; and how congressional seats are apportioned. It also helps us see how our communities have changed over time. That’s why an accurate count is so important.

To see how much federal funding is relying on Census data, please refer to this study by George Washington University. Each program on the list relies on Census data to determine how much funding is distributed to each state.      Hint: its over $10 Billion each year! 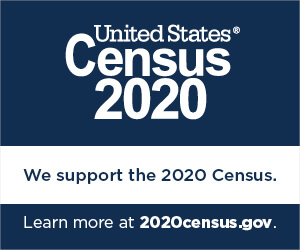 What Has Been Done in Preparation to the 2020 Census

NVCOG and its member municipalities participated in the Local Update of Census Addresses (LUCA) Operation in the spring of 2018.  Only house and unit numbers with road and street names were used during this process. In the spring of 2018, all of our municipalities participated in this process, with NVCOG completing the work for 17 and assisting the other two. NVCOG submitted 4932 housing units and made 1972 address corrections.

In August 2019, we received feedback from the U.S. Census on the submission of new addresses and corrections. The Census Bureau has accepted 91% (4506) of the added units and 85% (1685) of corrections submitted. By using the regional average of 2.6 people per household, there are now an additional 11,700 people to be counted in April 2020.

Some of our municipalities participated in a chance to add more addresses to the Census’ address database.  Seven municipalities designated NVCOG to add new and planned residential construction from March 2018 (the time of the first LUCA Operation step) and any that will be habitable by April 1, 2020.  This process added another 271 addresses in the region.

During the entire LUCA Operation, an additional 12,400 people can now be counted, hopefully gaining more federal support for the region.

The U.S. Census Bureau is Hiring

The U.S. Census Bureau is continuing it’s recruiting efforts to hire temporary, part-time census takers for the 2020 Census in communities across the state. The positions offer competitive pay, flexible hours, paid training, and weekly paychecks. To determine the pay rate in a specific area, learn more about these positions, or apply for one of these positions, visit 2020census.gov/jobs.