PRESS RELEASE: Save the Sound receives funding for wetland restoration in NYC and culvert assessments in CT

Follow this link to view the release via Save the Sound: https://www.savethesound.org/2021/12/08/press-release-save-the-sound-receives-funding-for-wetland-restoration-in-nyc-and-culvert-assessments-in-ct/

Total of more than $714K in grant funding will help build coastal and riverine resilience for wildlife and communities.

NEW HAVEN, CONN – Save the Sound has been awarded two grants from the Long Island Sound Futures Fund (LISFF), administered by the National Fish and Wildlife Foundation (NFWF). The funds awarded consist of $109,618 to produce Road-Stream Crossing Management Plans (RSCMPs) for three towns in the Naugatuck Valley, and $604,461 to construct the first phase of a wetland restoration and living shoreline project in Queens, NY. Both awards were publicly announced at a December 6 virtual press event hosted by the Long Island Sound Study that featured remarks by federal and state environmental agencies, and statements from Senator Richard Blumenthal (CT), Senator Chris Murphy (CT), and three of the co-chairs of the Long Island Sound Congressional Caucus: Representative Joe Courtney (CT), Representative Lee Zeldin (NY) and Representative Thomas Suozzi (NY).

The LISFF, which is funded by the EPA through the Long Island Sound Study (LISS), granted a total of $5.4 million to local governments, universities, and community organizations across Connecticut, New York, and Vermont this year. The focus of the fund is projects that will improve water quality and restore habitat in the Long Island Sound watershed.

The $604,461 award from the Futures Fund will fund construction of the first phase of a community-driven wetland restoration project in Little Neck Bay, Queens designed to address the effects of erosion, historical fill, and poor water quality in Udalls Cove. During the first phase, the project team will restore degraded shoreline along Memorial Field by installing 600 linear feet of oyster castles and planting native coastal species. This will restore one acre of native salt marsh and oyster habitat, while creating the conditions for marsh migration in an urban environment.

“We’re thrilled to receive this award to help bring the community’s vision to reality, using nature-based solutions to help address the serious erosion and marsh loss in this section of Little Neck Bay,” said Katie Friedman, NY ecological restoration program manager for Save the Sound. “New York City has lost more than 85 percent of its tidal marshes in the past century, and with climate change accelerating there is a clear urgency to act on bold, community-driven, nature-based solutions like the Big Rock Wetland Restoration project.”

Save the Sound will be partnering with community groups—the Douglas Manor Association (DMA) and the Douglas Manor Environmental Association (DMEA) in particular—as well as other local groups such as the Udalls Cove Preservation Committee to complete this project and engage area residents and students in the work. Phase one of the Big Rock Wetland Restoration project will be completed in parallel with complementary work by the NYC Department of Parks and Recreation in the Alley Creek area of Little Neck Bay.

“The Big Rock Wetland Restoration Project began more than eight years ago as a dream to restore this degraded wetland—and it has evolved to become a community partnership with many neighborhood organizations and local schools deeply involved,” said DMEA board member Jamie Sutherland, who co-chairs the Big Rock Wetland Restoration Project Committee. “The Douglas Manor Environmental Association is absolutely thrilled to be receiving this funding and beginning Phase I of construction with our partner, Save the Sound.”

Using the awarded funds and matching contributions, Save the Sound will work with the Housatonic Valley Association (HVA) and the Naugatuck Valley Council of Governments (NVCOG) to assess all road-stream crossings (e.g., culverts and bridges) in Prospect, Bethany, and Thomaston.

“Anywhere a waterway meets a roadway, there is the potential for damage to either system and the species that depend on it,” said Jon Vander Werff, fish biologist for Save the Sound. “Though it’s far less visible to our eyes, rivers and streams are coursing with life that depends on their uninterrupted flow, just as we rely on accessible, barrier-free roadways for everything from errands to emergency evacuations.”

Following protocols established by the North Atlantic Aquatic Connectivity Collaborative (NAACC), the team will collect data used to assess how much of a barrier each culvert and bridge poses to the passage of fish and other aquatic wildlife. Further data collected at each site will be used by UCONN to assess the flood resilience of each structure within the context of climate change, which is expected to bring more frequent extreme rain events and flooding to the Northeast.

Working with municipal staff, the project team will identify priority road-stream crossings for replacement in each town, and compile the results of the NAACC and UCONN analyses in RSCMPs presented to town officials and NVCOG. The project will build upon past assessment and planning efforts by both HVA and NVCOG in the Naugatuck Valley, as well as the decades of work to restore water quality and passage for fish, wildlife, and communities along the Naugatuck River.

First Selectman Ed Mone of Thomaston added: “The work that will be done by Save the Sound by virtue of receiving this grant will go a long way in assisting Thomaston by identifying the long-term sustainability of our road/stream crossings, while also ensuring the safe passage of aquatic wildlife that lives and thrives in those waterways.”

“This project links short- and long-term infrastructure planning with preserving the ecological functions of our watercourses,” said NVCOG Executive Director Rick Dunne. “The information gathered from these studies will empower municipal decision-makers to allocate resources in a way that best serves the community and environment.”

In addition to these two awards, Save the Sound also partnered on several other applications to the Long Island Sound Futures Fund this year. Among those funded were a project led by The Nature Conservancy to site and design bioswales in Bridgeport, CT; a proposal led by Cornell Cooperative Extension of Suffolk County to remove derelict lobster pots from Long Island Sound; and a proposal by City Island Oyster Reef to complete designs and permitting for two oyster reefs in City Island, Bronx, NY.

Save the Sound protects and improves the land, air, and water of Connecticut and Long Island Sound. We use legal and scientific expertise to bring people together and achieve results that benefit our environment for current and future generations. Our vision is of a Connecticut and Sound region where the vitality of nature will be protected for people and wildlife, now and for many decades to come. A region in which citizens from all walks of life can unite in transforming struggling habitats, polluted waters, endangered wildlife, and a threatened planet into resilient, healthy, vibrant, and inspiring places that sustain communities. View our organizational impact and ongoing projects at www.savethesound.org/impactmap.

Chartered by Congress in 1984, the National Fish and Wildlife Foundation (NFWF) protects and restores the nation’s fish, wildlife, plants and habitats. Working with federal, corporate and individual partners, NFWF has funded more than 5,000 organizations and generated a conservation impact of $6.8 billion. Learn more at www.nfwf.org. 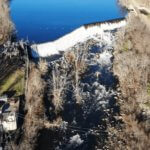 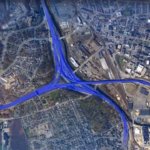