Oxford, Conn. — At their regular meeting on February 16th, the Oxford Board of Selectmen voted to endorse the Oxford Route 67 Alternative Transportation Study final report. The report is the result of an 18-month planning process that investigated the potential for bicycle, pedestrian, and transit improvements along Route 67 in Oxford.

Study recommendations include developing a 6.5-mile multiuse trail along the west side of Route 67 through Oxford, eventually connecting to the Larkin State Bridle Trail in Southford and the Naugatuck River Greenway Trail in Seymour via that town’s sidewalk network. The recommended trail would be 10 feet wide to allow bidirectional travel by bicyclists and pedestrians and would be separated from road traffic by a minimum five-foot buffer or guardrail. The concept is identical to the section of trail currently being constructed by the town between Oxford Town Hall and Dutton Road. The report breaks the trail down into fundable segments and provides conceptual mapping and cost estimates for each. It provides a cohesive plan for the entire corridor to better enable the town to plan, prioritize, and fund future improvements.

“Oxford residents have repeatedly voiced support for pedestrian and bicycle access along the Little River and Route 67,” said Oxford First Selectman George Temple. “With this report, the town has the information necessary to make further progress toward that goal.”

The study also looked at demand for transit in the town, with a recommendation to institute a micro transit service that could offer on-demand or scheduled rides to residents. Valley Transit District (VTD) operates a micro transit service in Seymour, and the report highlights the potential to expand VTD’s service area into Oxford as a cost-effective solution.

The study was funded and conducted by the Naugatuck Valley Council of Governments (NVCOG) with technical support from TranSystems Corporation, a planning and engineering consultant with offices in Meriden, CT. The project was overseen by the Oxford Main Street Project Committee. The final report and additional study information can be found on the study webpage at www.nvcogct.gov/oxfordroute67.

NVCOG Assistant Director Mark Nielsen said, “The recommendation in this study expands our vision of a multimodal network throughout the region that will provide transportation options to those who do not have, or would prefer not to use, a personal motor vehicle.” 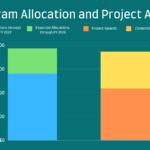 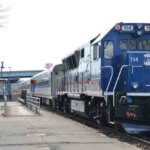