The report detailing methods and findings of the Naugatuck River Greenway (NRG) Trail Thomaston to Torrington Routing and Feasibility Study was endorsed unanimously by the NVCOG Board at its regular meeting on May 8th.  The report was also endorsed by the NRG Steering Committee (NRGSC) on May 13th. The final report and appendices can be reviewed on the project web page:  https://nvcogct.gov/nrg-thomaston-to-torrington-routing-study.

The project study area detailed in the report spans approximately 11 miles of the Naugatuck Valley from Bogue Road in Torrington to a section of trail under design adjacent to the Water Pollution Control facility on Old Waterbury Road in Thomaston.  The goals of the high level planning project, conducted by BSC Group of Glastonbury, CT, were to catalog existing conditions in the project corridor, inventory and assess all potential multi-use trail routes, identify a preferred route with input from stakeholders and the public, and develop conceptual designs, cost estimates and phasing recommendations to assist with future trail development. The intent of the project was to provide decision-makers with the information they would need to seek funding for the design and construction of NRG trail projects.

A Draft Report was published on the NVCOG website for a 30-day public comment period ending on March 13th.  Nearly 400 public comments were received, most of which were from self-identified off-highway-vehicle (OHV) riders and were focused on fears that the study represented efforts to eliminate or disrupt use of the OHV area at Thomaston Dam.  Responses to comments are detailed in Appendix H of the final draft report.   NVCOG staff presented the comments and the project team’s responses to them at both the NVCOG and NRGSC meetings prior to endorsement.

Concerns regarding potential impact to the Off–Highway Vehicle (OHV) area at the US Army Corps of Engineers (USACE) managed Thomaston Dam were well represented in an earlier round of public comments as well.  In response, the project team met several times with USACE staff and OHV representatives to address those issues. These additional meetings and the Study Team’s responses to their concerns are detailed in the report.  A route was developed that avoids the OHV area to the greatest extent possible. For a 2-mile corridor section where there was no viable alternative, a trail concept along Old Route 8 on USACE land where OHVs are currently permitted (but do not have exclusive use) was developed.  The concept presented in the report was developed collaboratively with the USACE and OHV representatives to safely separate motorized and non-motorized uses without negative impact to current OHV traffic flow.  It provides for the safe use of the Thomaston Dam Recreation Area by all currently permitted user groups while providing a critical connection for the NRG trail.  It is noted that if a trail were to be developed, managed or maintained through the Thomaston Dam area it would be the responsibility of the USACE either directly or through future agreements with outside groups.

Stakeholders were involved throughout the project including chief elected officials and staff from the municipalities of Torrington, Litchfield, Harwinton and Thomaston along with representatives from the US Army Corps of Engineers, NVCOG, NHCOG, the Naugatuck River Greenway Steering Committee, The Railroad Museum of New England, and several property owners along the route.  The preferred route presented in the report was selected by a project steering committee consisting of officials from the involved municipalities and other stakeholders.

NVCOG, in partnership with the Northwest Hills Council of Governments (NHCOG), received a Transit Oriented Development and Smart Growth grant from the Connecticut Office of Policy and Management (OPM) to conduct the study. The NVCOG and NHCOG oversaw the project. 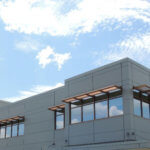 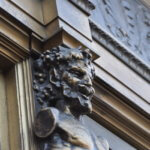