The Naugatuck Valley Council of Governments (NVCOG) is excited to announce that more than $54 million in Local Transportation Capital Improvement Program (LOTCIP) funds have been awarded to municipalities within our region since the inception of the program. NVCOG is responsible for soliciting, programming, and working with our towns to initiate and implement projects. The Connecticut State Legislature created the LOTCIP program in late 2013, facilitated by the regional COGs, to help make local projects easier and quicker to build. Funds are provided through the CT Department of Transportation (CTDOT) based on designs developed by the municipalities. These projects have included work ranging from road reconstruction to safety improvements, pedestrian enhancements, and bridges. Many projects have included streetscape improvements and upgrades to some of our most vital downtown streets.

NVCOG has been proactive in soliciting and initiating projects from our member towns. We provide assistance to project sponsors with refining applications, evaluating a project’s purpose and need, as well as assessing appropriate actions that will fix identified problems. Since the inception of the program, 13 projects have been completed at a value of just under $27 million and another seven are under construction with an awarded total $27.2 million. Through Fiscal Year 2022, over $70.2 million in LOTCIP funds have been allocated to NVCOG, meaning we have obligated 77% of our funds to date. In addition, 11 projects, have received a “commitment to fund” letter and are in the design phase. The commitment to fund letter is the CTDOT’s assurance that LOTCIP funds will be awarded to the project. The value of these projects is slightly over $38 million, bringing the region’s commitment of LOTCIP funds to $92.3 million. Given design schedules, NVCOG anticipates that sufficient funds will be allocated to the region to fully the committed program. 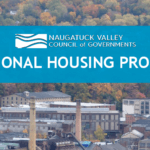 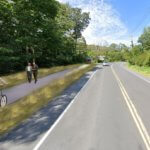