O’Sullivan’s Island is a peninsula at the confluence of the Housatonic and Naugatuck Rivers, located south of Derby’s downtown commercial district. While vehicles and trains pass nearby, the site offers a welcome moment of quiet among trees along the waterfront. Enveloped by structure, water, and sky, O’Sullivan’s Island is one of the most interesting and naturally beautiful pieces of land in the lower Naugatuck Valley. It is also one of the most challenging brownfield locations NVCOG has had the opportunity to improve. Over the last decade, NVCOG’s Environmental Planner Arthur Bogen and Executive Director Rick Dunne have been significant players in the orchestration of funding contributions and work completed by the City of Derby and the Connecticut Department of Economic and Community Development. O’Sullivan’s Island Recreation Park opened to the public for the first time in over twenty years in 2009 and in 2013 the City of Derby completed its portion of the Naugatuck River Greenway trail that runs across the site’s northern edge.

Project Status: The fishing pier is in the design and engineering phase. While the grassy portion of the park is closed to the public due to continuing environmental assessment, the Naugatuck River Greenway trail is open as is the nearby boat launch.

In the coming years, NVCOG, the City of Derby, and our partners will continue making O’Sullivan’s Island safer, cleaner, and more accessible for all who enjoy fishing, walking, biking, boating, and spending time in this singular place at the union of two rivers. 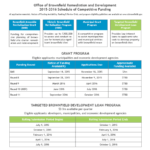 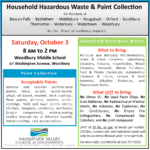