The Naugatuck Valley Council of Governments (NVCOG) has published a draft report detailing the methods and findings of the Naugatuck River Greenway Trail Thomaston to Torrington Routing Feasibility Study. Public comments will be accepted at the project webpage through March 13th, 2020.

The project area detailed in the report spans approximately 11 miles of the Naugatuck Valley from Bogue Road in Torrington to a section of trail under design adjacent to the Water Pollution Control facility on Old Waterbury Road in Thomaston. The goals of the project, being conducted by BSC Group of Glastonbury, CT, were to catalogue existing conditions in the project corridor, inventory and assess all potential multiuse trail routes, identify a preferred route with input from stakeholders and the public, and develop conceptual designs, cost estimates and phasing recommendations to assist with future trail development.

BSC and project partners inventoried all potential trail routes, including points of interest and environmental constraints along the way, and documented property ownership and stakeholder preferences and concerns. This information was used to narrow down prospective routes to those that were most feasible. Public input on various potential routing options was solicited at a series of public information meetings held in February and March 2019 in Harwinton, Litchfield and Torrington. Comments received at those meetings and during a public comment period that followed, helped refine and identify a preferred route that is presented in the report. The preferred route was selected by a project steering committee consisting of officials from the involved municipalities and other stakeholders.

Concerns regarding potential impact to the Off Highway Vehicle (OHV) area at the US Army Corps of Engineers (USACE) managed Thomaston Dam were well represented in public comments. The project team met several times with USACE staff and OHV representatives to address those issues. A compromise route was developed that avoids the OHV area to the greatest extent possible, and a trail concept along Old Route 8 was developed collaboratively between project partners, the USACE and OHV representatives that would safely separate motorized and non-motorized uses without negative impact to current OHV traffic flow.

Stakeholders were involved throughout the project including chief elected officials and staff from the municipalities of Torrington, Litchfield, Harwinton and Thomaston along with representatives from the US Army Corps of Engineers, NVCOG, NHCOG, the Naugatuck River Greenway Steering Committee, The Railroad Museum of New England, and several property owners along the route.

The NRG corridor has been officially designated as a greenway by the CT Greenways Council and the CT Department of Energy and Environmental Protection (DEEP). The entire NRG Trail is identified as a trail of statewide significance in the Connecticut Recreational Trails Plan, and was designated as one of 101 America’s Great Outdoors projects in 2011 by the U. S. Department of the Interior. An Economic Impact Study conducted by NVCOG in 2017 estimated that there would be substantial economic, health and community benefits of constructing the trail. The overall planned NRG trail route will follow the river for 44 miles, bringing it through parts of Torrington, Litchfield, Harwinton, Thomaston, Watertown, Waterbury, Naugatuck, Beacon Falls, Seymour, Ansonia and Derby. To date, trail sections have been constructed and are open to the public in Torrington, Watertown, Naugatuck, Beacon Falls, Seymour, Ansonia and Derby. Municipalities along the NRG Trail route are heading up the development of the trail locally, often funded with state and federal grants. For trail segments on federal land at Thomaston Dam, the USACE would be responsible for any trail development.

“The project team studied the corridor in detail, and worked hard to incorporate public and stakeholder desires and concerns in the preferred route and report,” said Bill Paille, Transportation Engineer at BSC Group. “The preferred route presented in the report is designed to meet each community’s long term goals and the information provided in the report will ensure that decisions made about NRG Trail development in the future will be well informed.”

The report includes information about the NRG Trail and the purpose of the study, along with a detailed explanation of the methods used by the project team. For each of seven corridor sections, it includes a description of existing conditions, summary of all routes investigated, and narrative and map of the preferred route. Cost estimates, phasing recommendations, and other pertinent information about the preferred route are presented, and a chapter about trail development considerations provides information to assist municipalities planning and developing trail sections in the future.

NVCOG, in partnership with the Northwest Hills Council of Governments (NHCOG), received a Responsible Growth and Transit Oriented Development grant from the Connecticut Office of Policy and Management (OPM) to conduct the study. The NVCOG and NHCOG are overseeing the project.

More information can be found, and comments can be submitted at:
https://nvcogct.gov/project/current-projects/naugatuck-river-greenway/nrg-thomaston-to-torrington-routing-study/ 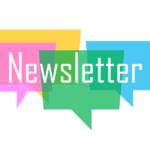 Our February Newsletter Has Arrived! 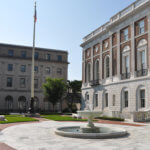