A contract to renovate the Derby Shelton-Bridge was awarded by the State of Connecticut on January 26, 2021. The project will create an aesthetically pleasing public space along the Derby-Shelton Bridge and provide an attractive gateway that is pedestrian and bicycle friendly to the downtown areas of Derby and Shelton.

The $6.3 million contract was awarded to Mohawk Northeast, Inc. Construction is scheduled to begin by April 1st, 2021, with an estimated completion date of December 2023. The bid was awarded almost $1.5 million below its pre-bid estimate.

The project design was performed by AECOM under contract to the Naugatuck Valley Council of Governments (NVCOG). Details include:

• The replacement of bridge parapet walls; The new parapet will feature a solid concrete wall similar in design to the existing wall with decorative railings similar in style to railings in the adjacent Veteran’s Memorial Park in Shelton. The railing treatment and its placement along the parapet will provide safety, as well as aesthetically attractive sightlines.

• The removal of existing lighting and replacement with period style lights that both enhance the presence of the bridge at night and comply with dark sky guidelines. The project also includes colored LED “up-lighting” that will accent the archways and parapets from below the bridge and can be changed and programmed depending on the season or special events.

• Roadway improvements will include adding a second travel lane for traffic heading to Derby, new pavement and curbing, and the shifting of the travel lanes to accommodate wider sidewalks on the south side of the bridge and a bi-directional cycle-track to separate bicyclists from both vehicle traffic and pedestrians.

The project marks the second major element of a three-part plan developed by the NVCOG to improve traffic flow and pedestrian experience connecting Derby and Shelton, according to NVCOG Executive Director Rick Dunne. “Beginning with the expansion of the Atwater Bridge crossing of the Naugatuck River on Route 34, which was completed in 2017, the three projects span two rivers from the east bank of the Naugatuck River, through downtown Derby and across to the west bank of the Housatonic River at Canal Street in Shelton”, said Dunne. “As the Derby-Shelton Bridge project commences with construction”, according to Dunne “The final phase, a complete reconstruction of Main and lower Elizabeth streets in Derby will be advertised for bid by July 2021. The Main Street project is expected to be completed in 2024”.

“We’re excited with the announcement of state’s contract award for this project,” said Mark Nielsen, NVCOG Director of Planning. “Multiple public workshops were held in 2020 to ensure residents and stakeholders had an opportunity to provide input into the design. Several changes were made to plans because of comments we received, and the final result will benefit the Valley with an improved gateway into both cities.”

Initial funding to get the project started was obtained through the efforts of State Reps. Jason Perillo and Nicole Klarides-Ditria along with former State Reps. Themis Klarides and Linda Gentile. “Without their efforts, it is doubtful the project would be built,” said Nielsen.

“This is a special bridge with tremendous historical significance,” said Rep. Jason Perillo, R-113, Deputy House Republican Leader. “As Shelton’s downtown sees continued private investment, improvements like this make these and future projects more attractive to investors, residents, and visitors. This will become a new and beautiful gateway to Shelton over the Housatonic.”

“Smart investments like these do more than strengthen our infrastructure, they yield incredible results for the people of Derby and Shelton, including boosting local business and connecting our communities even further,” Rep. Klarides-Ditria, R-105, said. “I’m pleased this project is moving ahead and look forward to seeing the bridge finished.”

(Details and renderings of the project can be found at: https://nvcogct.gov/project/current-projects/roadway-projects/derby-shelton-bridge-pedestrian-and-bicyclist-enhancements/ 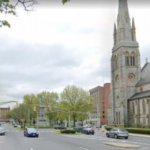 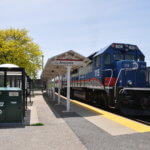