Civic leaders and non-profits are joining together to vocalize the importance of the upcoming 2020 Census to the residents of the Naugatuck Valley. Connecticut Lt. Governor Susan Bysiewicz helped launch the Naugatuck Valley Complete Count Committee, stating an accurate count is critically important to Connecticut as it is the foundation to determine federal funding allocations to the state.  This includes funding for transportation projects, education, low-income programs, and other public services.  Derby Mayor Richard Dziekan emphasized how some areas of the Naugatuck Valley are hard to count and it’s essential to get the word out that the Census is safe, easy, and important.  Expect to see representatives from the U.S. Census Bureau at local events in Beacon Falls, according to First Selectman Christopher Bielik.  He brought up how important participation in the Census is, as Connecticut saw after the 2000 Census by losing one congressional representation seat because of a lower population count.

This is the first Census count available via phone and internet. The U.S. Census Bureau is also hiring local temporary workers.

For more information on all things 2020 Census in our region, visit our webpage, or Census.gov. 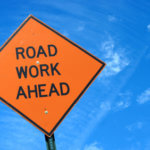 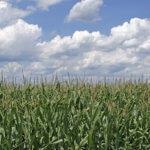